This is the Bungo Stray Dogs Wiki's Image Policy. It describes the acceptable guidelines for the uploading and usage of images on the wiki.

Note: These Policies are strongly based on the One Piece Image Guildines page.

Images are used on this wikia to illustrate articles and depict what often is hard to describe in words. To keep the wikia healthy, avoid questions of "misuse" of the wikia and to generally avoid sensitive image arguments we have certain guidelines and rules that should be note.

Keep in mind that unsuitable or unused images can be deleted at any point without warning by an administrator.

When you upload an image on this wiki, please provide the necessary information on the file's page, such as:

Almost every image on this wiki is copyrighted and used under fair use. The majority of image copyrights are held by the authors, Yen Press, Kadokawa or Studio Bones. If the image comes from the manga, anime, a cover or any other merchandises, then add the template {{Fairuse}} in the "Licensing" section.

The PNG format is strongly preferred over other formats here. JPGs or JPEGs are not allowed anymore on the wiki. Updates to Wikia servers have caused .jpgs to become pixilated when viewed as thumbnails in articles, even when the full size image is high quality. PNGs will not compress or become pixelated when viewed at any size, and are always of higher quality.

This is a guide on how to arrange the image galleries. The best example for this is the Atsushi Nakajima/Image Gallery

This is for the purpose of housekeeping and to be able to categorize all images in the wiki in their respective categories.

Any image on a page can be replaced by uploading a new image with the same name. Editors do not need permission or explanation to replace an image on a place. However, what you consider a better image may not be considered a better image by other editors. Please also take note that replacing an image from the manga with its counterpart is acceptable, however, you should not replace a manga image with another manga image of lower quality. Likewise, do not replace an anime image with another anime image of lower quality. If a protected image is in need of replacement, ask if it should be replaced on the talk page.

This is when editors are constantly changing images on a page from one version to another. In the event of constant reverting between two revisions of the same image, the most useful or related image to its intended use will be chosen, or in the event of neither image being of satisfaction, both images may be rejected for another image. If you feel the other editors are making a bad choice, there is a choice to argue the point of the image, backing it up with support from the guidelines listed on this page. If the issue gets out of hand, one of the administrators will protect the page.

This is when the same image is uploaded twice or more to a wiki with a different name. All versions of this image except for the first will be deleted.

Images should be organized into their respective places. For the respective image galleries, you may go to the Image Galleries category.

All manga images uploaded by users should be from the RAW Japanese scans as much as possible. Images from fan scanlated sites are unacceptable. The Japanese versions are the best quality and directly from the source.

This is a good example of a manga screenshot 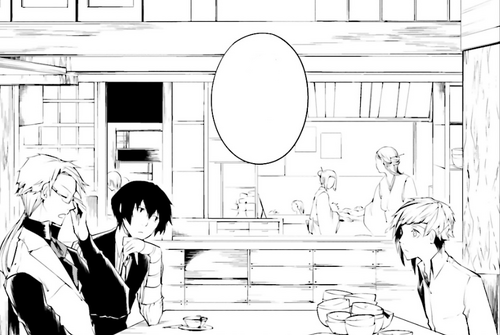 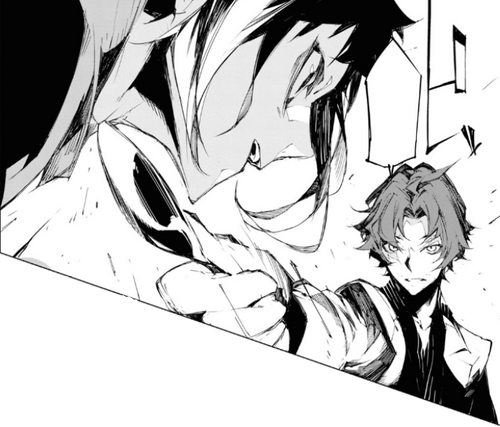 These are some things considered as image vandalism: