The sniper-based ability takes the forms of the doll-like creatures known as Huck Finn and Tom Sawyer. With this twofold ability, Twain can shoot with absolute accuracy by attaching either Huck or Tom to one of his bullets to pinpoint a target's precise location, then to attack them afterwards. Since Huck's and Tom's minds are also linked, Twain can perform long-distance surveillance using them. Because of the ability's features, Twain claims it to be ideal for shooting down even moving targets. The ability is also apparently utilized together with a specific aircraft which Twain usually uses as a sniper during his operations.

However, despite the ability's seamless accuracy of locating targets, several countermeasures may be taken against it. For instance, it can be rendered ineffective when jamming the aircraft's infrared sensors and radar through a saturation chaff, making the ability incapable of pinpointing targets.[1]

Huck shoots the target based from the acquired coordinates.

The ability is a reference to two novels by the real-life Mark Twain, namely Adventures of Huckleberry Finn and The Adventures of Tom Sawyer. The first work, which is the direct sequel to the latter work, narrates the journey of its titular protagonist Huckleberry Finn after he escaped from his alcoholic father to the Mississippi River together with a runaway slave named Jim.[2] Its predecessor novel depicts the story of titular protagonist Tom Sawyer, a mischievous boy growing up along the Mississippi River who embarks on adventures with his friends Huckleberry and Joe Harper, revolving around the themes of boyhood as reflected on Tom's actions.[3] 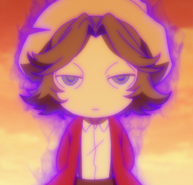 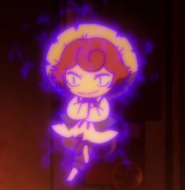 Retrieved from "https://bungostraydogs.fandom.com/wiki/Huck_Finn_and_Tom_Sawyer?oldid=41971"
Community content is available under CC-BY-SA unless otherwise noted.