Super Deduction allows Ranpo to deduce and extract the "truth" behind any crime by giving him every information about it. As such, this skill is invaluable and highly unmatched in solving crime scenes, allowing him to figure out where to find evidence and who the culprit is within a matter of seconds.

Ranpo's uncanny aptitude eventually earned him the epithet of the "greatest detective in the world" (世界最高の名探偵,, sekai saikō no mei tantei?), sought after by the police and inspectors in solving extremely baffling cases, such as Yamagiwa's murder that had severe lack of evidence. His skill seems to apply not only to crime scenes but to other scenarios as well. When Ranpo decides to activate it, he is be able to find information and clues about a certain situation no matter how small, and with them instantaneously make extremely precise predictions. Additionally, Ranpo "activates" this non-ability by putting on a pair of glasses given to him by Yukichi Fukuzawa.[2][3]

Thus far, none of his deductions have been known to be erroneous or inaccurate. However, one of Super Deduction's weaknesses is Mushitaro Oguri's ability that can erase evidence of any crime scene, which once left Ranpo stumped in a case. Nonetheless, despite being initially baffled by his lack of evidence and progress, Ranpo eventually uncovered the truth behind two cases after confronting Mushitaro together with Poe's aid.[4][5][6]

Since this skill is not considered an ability, Osamu Dazai is unable to nullify it. Notably, when Dazai first entered the Agency, he attempted to nullify Ranpo's "ability" by touching his hair while deducing, but he fails to cancel it out, leading Dazai to conclude and tell Doppo Kunikida that Ranpo is a non-ability user.[7][8]

Twelve years ago, Ranpo believed that he possessed an ability as persuaded by Fukuzawa. Eventually, he came to recognize that he does not possess any supernatural ability, as particularly hinted after his and Akiko Yosano's incident in Edgar Allan Poe's novel,[3] as well as after the Yokohama fog incident perpetuated by Tatsuhiko Shibusawa.[9] Ranpo later openly acknowledges and accepts to be a regular person with no ability to Mushitaro Oguri, albeit still grasping on the resolve of utilizing his deduction skill to save others, most especially his comrades.[6]

Ranpo was born to two genius parents, from whom he presumably inherited his deductive talent. They raised him by essentially sealing away his skill for the young Ranpo to learn about the ways of the world like an ordinary child, knowing that society will come off as strange to him given his genius-level intellect. However, their deaths left Ranpo unguided, indeed making him think how "strange" other people are, especially adults.

Upon meeting Fukuzawa in his adolescent years, Ranpo accurately and easily deduced the suspect behind Fukuzawa's client who was killed, a theater owner's background, and Fukuzawa's past. Eventually, Ranpo confessed to Fukuzawa how he was scared and anguished with other people's oddity; he thought that they must also easily find out the truth behind things like his parents, but they always ended up treating him with a strangeness akin to a monster. Wishing to ease his severe bewilderment, Fukuzawa told him that he was special unlike the others because he possesses an ability, which is to see the truth in a single glance. He also issued Ranpo a random pair of glasses that he claimed would help control his ability. From then on, Ranpo became convinced that he is an ability user meant to protect the simple-minded, ordinary people. Ranpo then solved the bizarre case in the theater by activating his "ability" through Fukuzawa's given glasses for the first time in front of a crowd of spectators.

Since that time, Ranpo and Fukuzawa were constantly hired for their services, with Ranpo's detective prowess and Fukuzawa's mastery of martial arts. Fukuzawa later decided to put Ranpo's deduction skills to good use by founding the Armed Detective Agency that would comprise suitable detective ability users who can protect him in their detective work endeavors.[2] From that time onward, Ranpo would solve many cases – most of which were considered to be highly unsolvable – and helped out countless officers using his deduction prowess.[10] 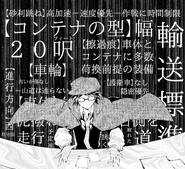 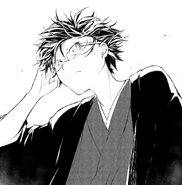 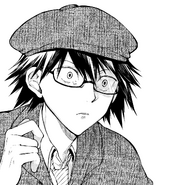 Retrieved from "https://bungostraydogs.fandom.com/wiki/Super_Deduction?oldid=44990"
Community content is available under CC-BY-SA unless otherwise noted.